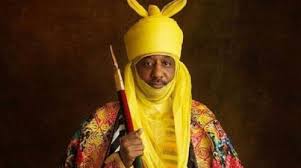 The ousting of the former Emir of Kano, Lamido Sanusi II, is a big slap on the faces of Northerners as much as it is a very, very, big waste indeed! I think it’s a big slap because, Lamido Sanusi II was one of the finest that come from the North. He’s a graduate of IRS, Islamic Religious Studies, an economist who had once been the CBN governor for quite a while. This means he’s well read and well traveled. This is aside the fact that he has a huge wealth of experience when it comes to technical know how on how to develop a society. So, when he was installed as Emir of Kano, I was happy and glad that things will change for the very best with him at helm of affairs. But, unfortunately, he proved me wrong. He disappointed me beyond words.

I was expecting a person of such calibre to be creative enough to find a way out of the mess the North has gradually become. I was expecting him to roll up his sleeves and get to work, especially in getting the almajiri boys off the streets. In my opinion, I was hoping to see him launch a campaign poverty and illiteracy starting with the boys. I was expecting him to probably launch a foundation to which he shall ask the well to do sons and daughters of the emirate to contribute to in the billions so that he may establish a school, two or more which shall have boarding facilities where the Mallams will meet the boys and teach them well while the teaching allowance shall be paid to the Mallams while the clothing, feeding and shelter of the boys shall be catered for from the donations made. Science subjects shall also be stylishly integrated…probably in Hausa language. I was expecting something like that from Sanusi II not the activist posture he assumed. For crying out loud, as an Emir, whether he likes or not, he’s already on the same side with the political leadership and as such, he needed to watch he says in public. Instead of talking or lamenting, he’s supposed to get to work. He could also reach out to the governor with his suggestions in private or officially without making any noise about it. These were my expectations of the highly educated and influential Emir. But, what did he do?

He abandoned his role as a leader and started talking a lot in public. Most of the times he talked, he criticizes a government he’s indirectly part of. He was given a very serious warning in the splitting of Kano into 5 fragments, but, instead of heeding the warning, he continued with his ways. So, when I heard that he was dethroned, I was more glad than otherwise! This is because he’s indirectly asking and as a matter of fact inciting hatred and violence. But, the moment he took on the common people too, I knew he had lost it and his dethronement was inevitable because, the people certainly won’t want to be ridiculed like he had been doing to them.

Yes, he was right almost all the time in his speeches, the problem is not the truth but it’s presentation. He would be telling the truth too if he had kept quiet and got to work on the almajiri boys. If say, he took on like 10 000 of the boys and educate them, he would also have the opportunity to teach/orientate the boys to drop the idea of not catering for their kids. He had a chance the narrative up North as regards to poverty alleviation and illiteracy eradication. There would be copy cat effects, starting with Ganduje, the Kano government who would be able to take much more than the number the Emir would be able to handle. Other states up North would have no choice but to emulate him and gradually, the insurgency in North East shall die naturally as there would be no more willing hands to recruit. Banditry shall stop because the youths would be too busy to engage in the crime.

Oh, what a waste, all that training, all that experience, all that knowledge are wasted with his dethronement which was preventable if not for his selfishness as a person and lack of foresight to see through the smokescreen! He’s selfish because he was thinking more about himself than the people he was installed to serve. This is why he was careless enough to have allowed Ganduje who will be out of power and office by 2023 to sack him whose tenure is for life. It’s so, so unfortunate…its a big waste indeed!